Skip to content Skip to right sidebar Skip to footer 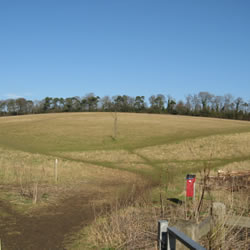 Bunkers Park as we know it today started in 1995 when Dacorum Borough Council acquired the land from what had been the Commission for the New Towns. Prior to this the land had been farmed for many centuries with maps from 1877 showing the field boundaries. The hedgerows along the edges of the park are thought to date back to the 10th Century and locally there is evidence of an Iron Age farmstead just to the south west of the Park.

With the land in the possession of the Council, plans were put together in 1997 after work carried out by the Herts and Middlesex Wildlife Trust to identify a vision for the open space. The Management Plan was finalised by the end of 1997 and in February 1998 Chambersbury Wood was planted in the fields on the northern side of the Park with the help of 200 residents and 600 local school children. The planting was so successful that, 12 years later, it became necessary to thin out some of the trees to allow the others to develop to their full potential. The Park extends to 123 acres and, together with Long Deans, forms a leisure area and nature reserve to the east of the town of Hemel Hempstead. The land forms a natural boundary to development and is part of the Green Belt surrounding the Town.

Whilst some of the original field names remain, like Long Saunders adjoining Bunkers Lane, Bunkers Common and White Field are now known by the name Bottom Field. Chambersbury Wood is now where Winchdells and Hill Field used to be and Mattens are the new fenced pastures in the fields once called Winchdells and Rumballs.

shows the layout and location of the Park at the north eastern end of Nash Mills adjacent to Leverstock Green.

A ‘Friends of Bunkers Park’ Group was set up at the development stage of the Park but fell into decline as the woods were growing, but is now alive and well helping to manage the Park’s growth and generally act as a watchful eye on its future use for local residents. The group meet up 4 or 5 times a year to coppice the hazel and lay hedges to help provide the varied habitat for the parks natural residents, and 2 or 3 times a year to litter pick. The Friends are always ready to welcome new members and their ages span from 4 to … let’s just say a lot more than 4 so if you want to get involved just call the Parish Clerk who will put you in touch with the group. Recent and very welcome, additional helpers on our work days are members of the Hemel Hempstead Conservation Volunteers. Learn more about this organisation at www.hhcv.org.uk

The flora and fauna populating the Park are briefly described in the following Fact Sheets:

Please note that all fact sheets and maps on this page are produced by outside agencies and therefore d not comply to accessibility guidelines, however should you require these items in an accessible format please contact the clerk who will endeavor to assist.

We are trying to develop a record of current wildlife and flora within the Park which we will add to as you spot something we have not included. Lists will be added to the Fact Sheets together with time observed. If you see a species we haven’t listed email the Parish Clerk with the details of ‘when and where’ and we will add it to the list together with the name of the observer if you wish – so make your claim for posterity.

In order to see the Park for yourself, a handy walking map is shown which is free to download. Bunkers-Park-Walks
Interested in further information on the history of bunkers park visit: http://www.lgchronicle.net/Bunkers.html